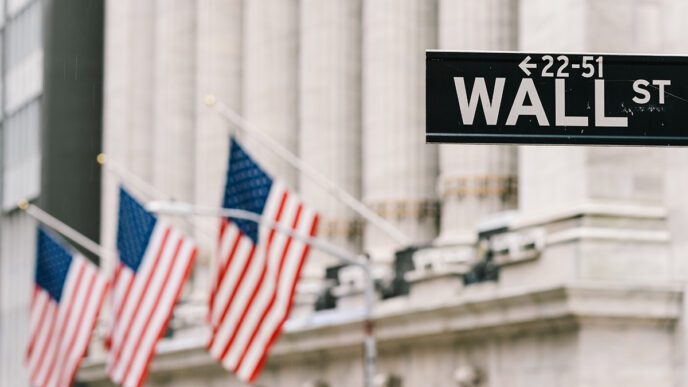 In the current climate, we have received a lot of calls on anxiety over the upcoming Presidential Election. Questions about change in the White House, changes in the Senate and House, and a Contested Election. All are understandable concerns and quite common with recent elections. Controversy in “The US Presidential Race” has been a normal occurrence in many elections including the 2000’s.

My first election that I could vote in was 2000. This was the infamous “Hanging Chads” race with George W. Bush running against the VP Al Gore. The whole election hinged on Florida and the recount of votes. This resulted in a popular vote favoring the Vice President Al Gore, and the Electoral College going to George W. Bush. I can remember a sense of uncertainty on how markets would react. We were amid a Dot-Com Bubble recovery. All of this was drastically halted by the events of September 11, 2001. This was the first down year experienced by S&P 500 since 1981, reporting a loss of -11.9%.

The Election of 2004 had its own share of controversy with the Incumbent George Bush facing off against the Democratic opponent Senator, John Kerry. This election brought concerns over the voting process to the forefront. Was voting accessible to all those entitled to vote? Was voter fraud happening with ineligible voters registered? Were people voting multiple times? Were the votes being correctly counted? The election concluded with the Incumbent Republican win and the markets were up a modest +4.9%.

The elections of 2008 and 2012 were somewhat smooth outside of the controversy of then Senator Barrack Obama’s relationship with Bill Ayers, a Professor at University of Illinois at Chicago, and an alleged leader of a radical left organization. There was also the question of his birthplace not being in the US by now President Donald Trump. In 2009 and 2013 (the 1st years of a new term), the markets surged +26.5 and +32.4, respectively.

In 2016, Donald Trump would face off against Hilary Clinton for the presidency. This election had no shortage of controversy, from emails, Russian election meddling, the “Wall”, and a 1st year Politician wanting to “drain the swamp”. The result? A similar outcome to 2000 with again a Democratic popular vote and a Republican electoral College. In the first year of President Trumps term, the S&P 500 was up +21.8%.

With all the controversy in so many elections, we find that it is not the election, or the president that rallies markets, but the economy and the cycle we are in during their term. Yes, policy and tax rates are a major concern and will in turn effect spending and GDP, but the US is a resilient economy that adjusts to the cards its handed. I am not saying the results are to be ignored, just put into historic context. It is important to understand that working with your Financial Advisor to understand your risk and allocation will help with the volatility and downside protection.

Markets go up and markets go down. They tend to revert to mean when things get oversold or overbought. As you can see from the graphs on the next few pages, Presidents don’t make the markets, markets make a President. Out of the last 23 elections, 19 of those led to positive returns in the S&P 500 in the 1st year of the presidential term.

The opinions voiced in this material are for general information only and are not intended to provide specific advice or recommendations for any individual. To determine which investment(s) maybe appropriate for you, consult your financial advisor prior to investing. All performance referenced is historical and is no guarantee of future results. All indices are unmanaged and may not be invested into directly. 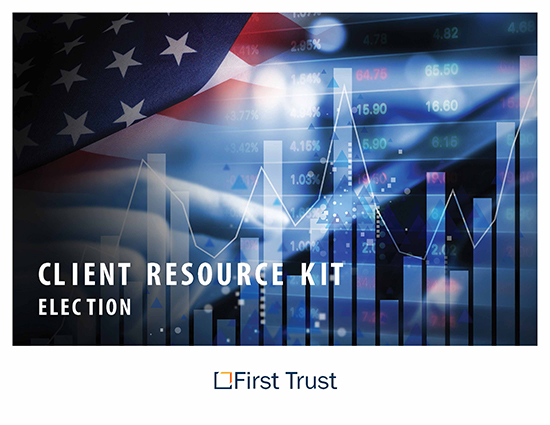 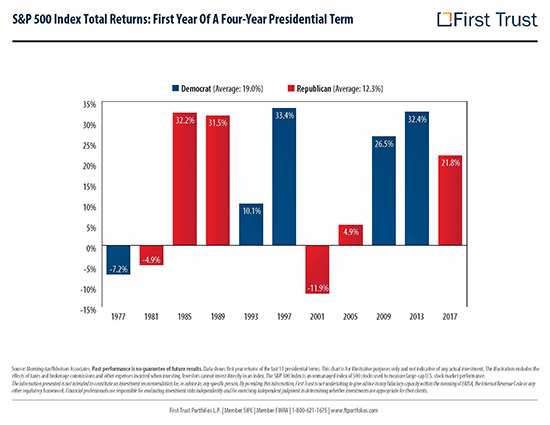 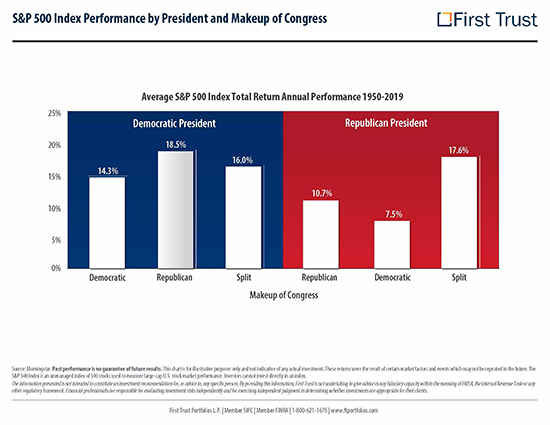 Our free Portfolio Risk Analysis can help you invest within your comfort zone.